Meghan Dube hails from Seattle, Washington, where she began her dance training at the age of seven. Moving to Maine in 2002, she continued her studies at Konservatoriet Dance Studio in Alfred, Maine, later joining Ballet New England Company in Portsmouth, New Hampshire. Meghan has performed with Maine companies Vivid Motion Company, Maine State Ballet Company, and was a member of Boston-based Neoteric Dance Collaborative, having performed with them in New York City, Boston and Maine. Meghan has studied with MOMIX, Pilobolus Dance Theater, Parsons Dance Company, Alvin Ailey, and Evidence Dance Company. Meghan has taught and choreographed throughout the Southern Maine and New Hampshire region since 2008, including BlackBox Theater for which she choreographed “You're a Good Man Charlie Brown.” Meghan completed a degree in Business Administration at York County Community College in 2013, and graduated Summa Cum Laude (“with highest honor”) at the University of Southern Maine with a degree in Therapeutic Recreation in 2015. Meghan currently works as a Special Education Teacher, working with preschool age children with Autism. Meghan has been teaching at Corinne's School of Dance since 2011, and looks forward to a lifelong journey of teaching and sharing her love of movement with her students.

Kirsten was born in Malden, Massachusetts where she started dancing and acting at the age of five. Her first acting role was Gretel in "The Sound of Music". That started her love for the stage and proceeded to act and dance. In 1991, she moved to New Hampshire and started dancing at Corinne's School of Dance. Throughout her teen years, Kirsten had performed in numerous dance competitions in Boston and New York City. In 1996, she won top overall prize for her hip hop routine in NYC. During this time, she also studied tap at Rochester Creative Arts. Kirsten has been cast as a lead dancer in many musicals throughout the Seacoast region. One of her favorite roles was Louise from "Carousel". Also, she has been hired as a choreographer for a children's theatre company at Hackmatack Playhouse. In 2000, she started teaching at Corinne's School of Dance. In 2002, Kirsten graduated with a teaching degree in Early Childhood Education. She taught at Corinne's School of Dance and the Rochester Schools until 2009. Then she decided to become a stay at home mom. She is now happy to be back teaching again and is look forward to the new school year!

Corinne Allaire found her love of dance in her first tap class at the age of 6 in Saugus, Mass. at Alice McDonald School of Dance. At the age of 17, she auditioned and joined the Radio City Music Hall Rockettes in New York City for eight years. She toured with the Rockettes in Chicago, IL, Fort Worth, TX and Las Vegas, NV. Corinne's television and performance appearances include: “Night of 100 Stars” (CBS), “Liberty Weekend” (ABC), the NYC Sheraton Center and the NYC Hilton for the Alumni Charity Ball. Corinne is currently a member of the Rockette Alumni and has appeared in the Rockette's 75th Anniversary performance in NYC. Corinne has studied dance throughout New England, New York and Canada. She has been a Sophisticated Productions dance competition adjudicator since 1999 and a Master Teacher and Choreographer on the competition circuit. She owned, directed and taught dance at Dance Workshop of Deer Park in Long Island, NY for seven years. She then moved to New Hampshire and opened Corinne’s School of Dance in Rochester, NH in 1989 which allows her to share her passion for dance with her students. 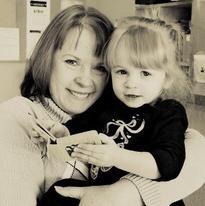 Courtney Solsky has been involved in dance since the age of three. Over the years she has studied Tap, Ballet, Jazz, Lyrical, Kickline, and cheerleading, spending all of her teen years as part of the competition team at Corinne's School of Dance. As a teen she found her love for choreography and costume design. Since then Courtney has been involved with choreography for many competition routines and recital numbers. Courtney loves working with the children teaching them to dance and to enhance their self confidence. The children’s enthusiasm gives her pure joy. When a child performs on stage or for them selves or for others they can be anything they want to be. 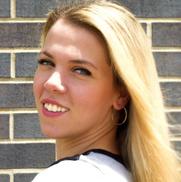 Angela Grassie has been dancing since the age of two at Corinne’s School of Dance in Rochester, NH. She also studied ballet, pointe, and modern at Ballet New England in Portsmouth, NH. Angela was featured in Dance Sprit Magazine for winning the Future Star Award at Pick The Stars Competition in Canada. She won title awards such as Miss Pick The Stars International (2003, 2004 & 2005) and Miss Sophisticated Productions (2004 & 2005). Angela has studied many forms of dance at Steps On Broadway and Broadway Dance Center in New York City. She received a full scholarship for the Rockette Summer Intensive in New York City and performed at Radio City Music Hall. Angela was a Rockette Teacher Assistant for the weekend Rockette Experiences and the Rockette Summer Intensives for over two years. She has traveled to New Jersey to choreograph for the Sophisticated Productions Performance Team in Atlantic City. Angela was the dance choreographer for Noble High School's performance of The Music Man in 2013. Angela has professionally performed in Ballet New England, The Dance Annex, Great Bay Academy of Dance and Sole City Dance's The Nutcracker as the Snow Queen, Rat Queen, Lead Spanish Soloist, Demi-Soloist Flower and Snow Corps. She performed in Cabaret as a Kit Kat Dancer at the Rochester Opera House. Angela was a guest dancer for Dancing with the Stars in Dover, NH for two years. She has danced professionally with Ballet New England, The Dance Annex and Great Bay Academy of Dance's modern and jazz companies. Recently, Angela was the choreographer for Pippin and Dog Fight at the Player's Ring in Portsmouth, NH.